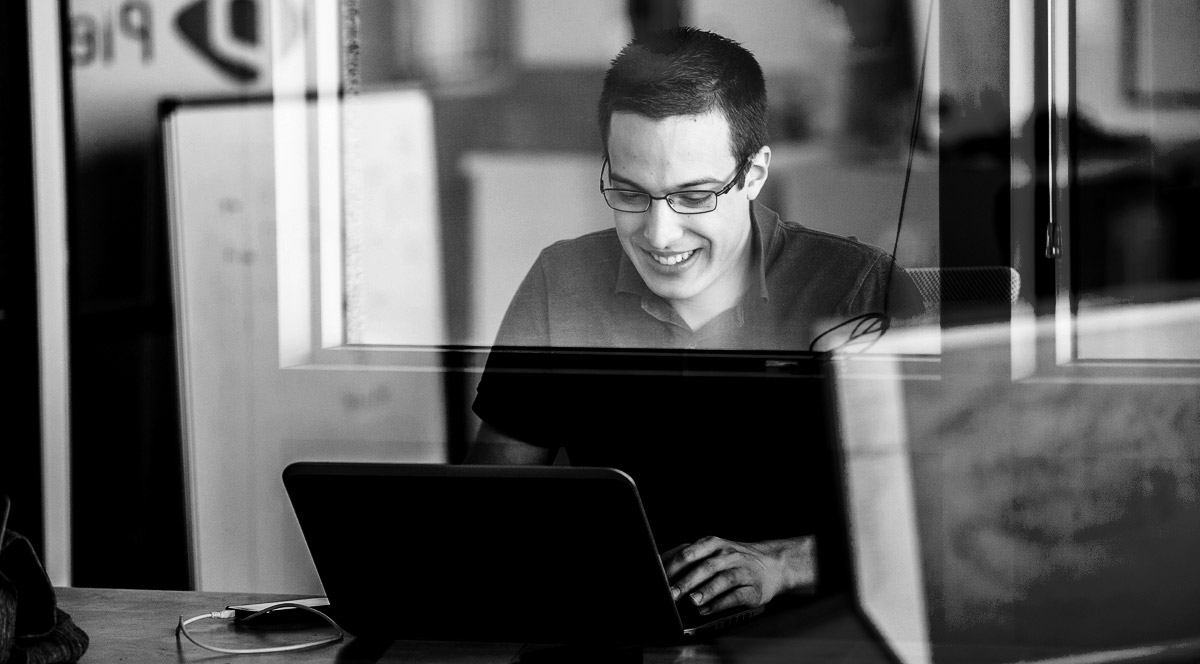 How To TCP NAT Traversal using Node.js and a STUN Server

With the scarecity of IPv4 addresses, and IPv6 still not available at large, NAT traversal is becoming a necessity. Especially with the generalisation of Carrier-grade NATs that you can find on mobile connections. Even with IPv6 you may suffer NAT66. Imagine your mobile device that gets only a single Ipv6 address, and you want to share it on your computer.

The solution might be in a decentralized protocol for address attribution such as cjdns. In cjdns, addresses are private cryptographic keys. Anyone can generate his or her own address at will. This requires however a change in the routing protocols.

But let’s dive in the subject at hand. How to do NAT traversal. Let’s first refresh our memory about basic sockets.

UDP is the most simple application protocol on top of the IP stack. It only add the notion of source port number and destination port number above IP. There is nothing that is preventing packet loss and if your payload is too large for the network MTU, it is silently dropped. Dumb simple, isn’t it ?

A UDP socket is a file descriptor that is bound locally on your computer to a local IP address (most probably the address of your computer in your local area network) and a local port. Any UDP packet that comes through this interface for the port you are listening on, will be put on that file descriptor. It might come from anywhere as there is no idea of a continuous connection between to computers in UDP

This is how UDP sockets are set up using unix system calls:

And now, your socket is ready to receive and send messages. This is done with:

TCP sockets are a bit more complicated as they have the notion of a continued connection between two computers. They each have to keep track of the previous packets of that connection and assemble them into a stream, especially

considering that multiple connections are often running on the same port.

As we can see, there is now a new system call, connect, that is used to tell the kernel the destination IP and port. Then data can be transmitted using:

Note that contrary to UDP, the send and recv system calls don’t take an address as it has already been given during connect.

Multiple sockets on the same port

What if you want to have multiple connections on the same port of your computer ? You’ll first have to add the option SO_REUSEADDR to the existing TCP sockets on the same port to tell them they are not exclusive. Then, any number of sockets can be bound on the same port. The system call is:

Also, to have multiple sockets, they must be bound on a specific local address, and not on the default address 0.0.0.0 (which will receive packets from any interface).

Now, using TCP you can also set up the special listening socket. This is how it is done:

When you have a listening socket on your local address, you an no longer create connection sockets directly. You must wait for the other end to contact your listening socket that will then spawn file descriptors for each connection that is arriving. This is done using:

When a packet comes in and it is not put into any existing connection, the accept system call will create a new connection for that sender and return a connected socket as return value of accept. Then, send and recv can be used on that new socket.

Now that we talked about sockets in general, let’s talk about the dreaded address translator. The address translator is a special gateway that will make an entire network look like only a single or a few hosts. Behind the translator, you have hosts that can only have a one way connection.

When a packet comes out of a computer of the translated network, the translator remembers where it comes from and where it goes, and then rewrites the source address and port of the packet before distribution on a larger network.

When the reply comes back to the translator, it remembers using the port number that it came from a specific host on its sub-network. It rewrites the destination port and address to make as if the packet was sent directly to the originating host, and send it on its private network.

UDP hole punching is a simple algorithm to get through NATs. And this is where the STUN server might be of some help. The idea is as follows:

In most configuration this is enough to get anyone else contacting you using UDP through the IP address and port you have been given. The NAT will probably forward them. it is not guaranteed though because when someone else than the STUN server tries to contact you, the source IP and port will be different, and the NAT might check them too.

For this reason, the STUN server can check if the NAT allows that by changing the source IP address or source port and see if you can still be reached.

You will also need to keep some traffic running on that port, else the NAT might stop the redirection, thinking your buisness is finished.

The same on TCP, please

The success rate is somewhat lower with this method because NAT generally track more things about the TCP connections than UDP.

You have to find a STUN server that talk TCP. There are not many out there. I could find (stun.stunprotocol.org) that does it, but unfortunately, it closes the connection after the first exchange. I believe this is in contradiction with RFC 5389 §7.2.2:

Next, you have to find a Node.js implementation that speaks TCP. I hacked the existing vs-stun node module to use TCP instead of UDP. The code is available on github mildred/vs-stun. Because stun.stunprotocol.org closes the connection too early and vs-stun send multiple queries to determine the type of NAT (by changing the source port and source IP), it failed. So I simplified vs-stun using a short parameter. In this mode, it doesn’t check everything.

To this day, I haven’t got it to work. Mostly because I haven’t found a suitable STUN server. Otherwise, I think it would work.

I crafted a PublicTCP object:

This PublicIP object will connect to a STUN server when issued start(stunserver) and will emit the refresh event with the STUN response to signal the listening socket can be started.

There are two quirks in that code:

This is and example of how this prototype can be used:

If you want to use TCP, you’ll probably need to host your own server. Then you no longer need to keep to the STUN protocol. For this project I decided to come up with something similar to STUN in principle, without the diagnosis techniques, and using WebSockets. This will make it possible to add further functionnality in the protocol. Such as a virtual builtin-board so each client can access the address of other clients. Useful to get seeds in a P2P protocol.

If you want to host this kind of server in web providers, beware that they might themselves be hosting the servers behind a NAT. This kind of server must have a public IP to have access to the untranslated packet headers.