How we ran iterations

Now that we set the project environment up, it was time to roll up our sleeves and start running design sprints.

Working in fast-paced iterations, we ran a one-day workshop every week for taking a problem or feature from design through prototyping and testing. In this second part, we’ll provide a sneak peek into our design process for running a workshop and prototype Hexo+ user experience.

At the end of each workshop, we took at least 30 minutes with Eva (our Product Owner), Seb (CTO) and sometime a software developer to share and validate solutions together. Then we all cleared our calendars and planned for the next iteration, listing problems we wanted to tackle when possible.

Once design solutions were validated by the PO and the team, it was time to produce the outcomes before the next iteration: 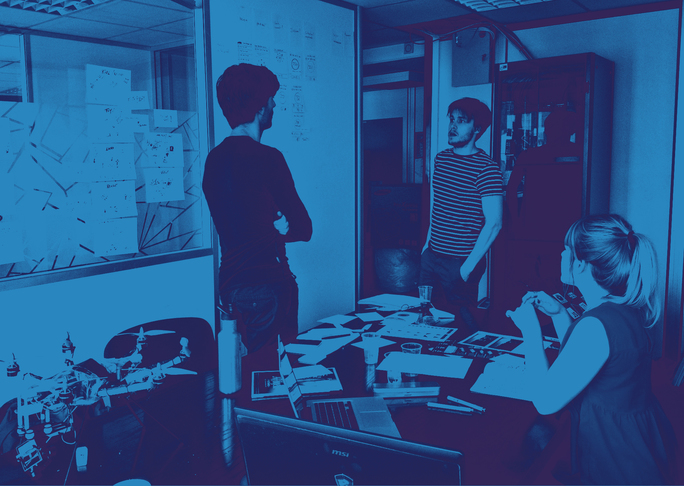 This collaboration process worked well all along the project and we had a great dynamic within the group. We all had different backgrounds and skills but we played as a team and knew our role was not to push our concepts through. We were here to ensure that everything was happening in the way it needed to for the project to move to the next stage. And in the meantime, we always had a good time and the laughs were endless.

Why pairing with developers is crucial

Everything is possible, but you need to know how things work within a system to avoid bending the platform and providing impossible UX/UI. That’s why our design team paired with developers to know the system limitations and the implementation effort. Anytime we had a question we could go ask them or suggest to come and participate to our next workshop.

Let’s be honest, we made some blunders though. Things keep changing in a project, and even agile methodologies don’t prevent you from having communication issues between teams.

While designing the PreFlight Check (PFC) flow, we agreed on a progressive system check to ensure safe flying. We grouped items by categories: signal, hardware and GPS quality processing in the background before showing status. We also tried to time the sequence to have consistent response times, keeping in mind a few basic usability rules from (Nielsen Norman Group):

The thing is, we realized timing the sequence was absolutely impossible. There were too many unknowns, depending on the context you’re in. For example, it would be really hard for us to anticipate the response time of the GPS signal and quality when a user is at the top of a mountain ready to snowboard and be filmed by his drone. 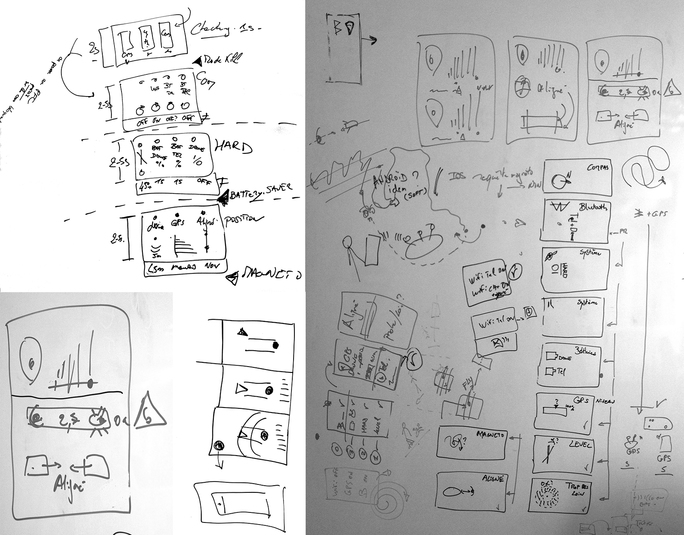 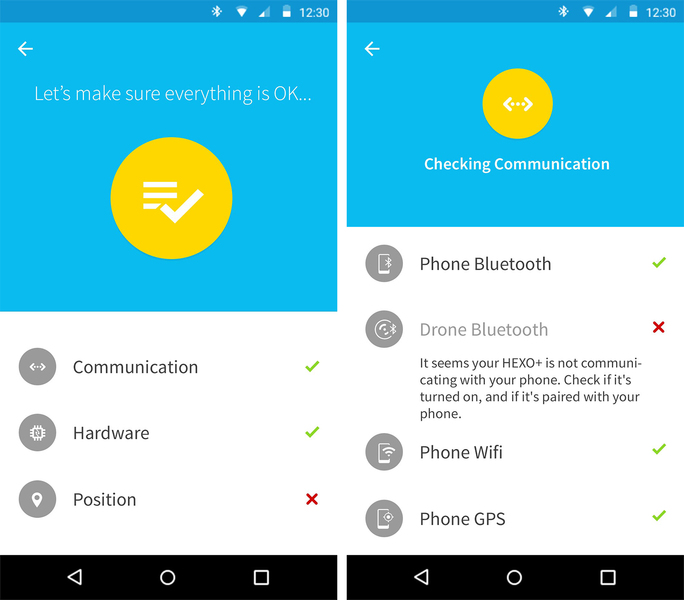 Another issue we had to face is the stabilisation of design approval. Stay tuned for the next episode, where we’ll talk about how feedback can be both extremely valuable and hard to manage.